Well well well. Another year and another Overlord show.

The Overlord Show team would like to thank all the public who visited the show this weekend, the vehicle exhibitors, re-enactors and traders who really are a massive aspect which makes our show great. Their attendance is greatly appreciated.

Jason Browne and his team for providing essential Security, First Aid, Fire and Rescue, and the Road Traffic Collision demonstration in the arena.

Tex for blowing up our cottage and organising the Pyrotecnics and ammunition.
All of the re-enactment groups who took part in our re-enactment battle.

The Wessex Hillrunners for building bridges (literally) and for their 4×4 off-roading experience.

Fort Nelson for displaying their Sexton 25pdr self-propelled artillery vehicle and The Ubique Right of the Line Group for operating it.

We’d also like to that all of the members of Solent Overlord Executive Military Collectors Club who spent the last year planning the show, and the members who dedicated their time over the duration of the weekend to help with the many many jobs which needed attending to and kept the ball rolling.

T.S. Active for their assistance in the carpark and T.S. Alacrity and their Marching band.

No-doubt I will have forgotten someone and for which I apologise.

We now look forward to next year where hopefully the weather will be a little better!

As part of our quest for feedback, we would like to ask all members of the public to respond to our survey.
Click Here to take survey (We are using the University of Southampton to run our survey)

The survey is entirely voluntary but as an incentive, we will offer a chance to win a family ticket for any who opts into the giveaway.

If you are a vehicle exhibitor, re-enactor or trader, we will have a separate survey for you which will be sent directly to your email.

I realise that it has been a while since we have given a status update and with 3 months to go, now is a great time to do so.

Over the last few weeks the organisers have been working to maintaining the show field and implementing improvements. We have recently had a new gate installed at the main entrance to improve security. The gate has been widened and set back to enable larger vehicles to swing into the show site more easily.

We have had several hedges cut back, in some cases several meters of depth has been removed, which has opened up various areas of the show field providing more space for exhibitors and re-enactors. You may remember the rather large bramble bushes near the stream which runs through the re-enactors field, they have been significantly reduce in size, which we hope will enable the public to see across and encourage them to interact and explore the show more thoroughly.

In particular there is was a working party at the show field today in which we spent securing the other entrances and improving emergency access to the show field, as well as replacing the posts to which water supply taps are mounted. We were also pleased to have the attendance of several members of the Wessex Hillrunners 4×4 group who plan to support the show this year by very kindly offering to assist with groundwork and constructing a bridge to provide access for vehicles to the plastic camping field. You’ll also be able to catch them at the show, see them in the arena or in their “mud run”.

We have a good number of vehicles, re-enactors and traders already booked in. If you haven’t done so already, best get a move on. Please to the online forms, which can be found in the menu bar under their respective headings, if you have a vehicle or a re-enactor group. Vehicles will receive an immediate response and confirmation of acceptance to the show. Re-enactors will receive an immediate confirmation of their application information. The re-enactors coordinator will process these applications and undertake some checks and will confirm any requirements in full at a later date. Traders should download the forms available and post them along with full payment to our Traders coordinator.

The show team is currently working hard at planning the Overlord Show for 2017.

We hope to make vast improvements over previous years with an all new Show Team, so lots of new ideas to be considered for implementation.

There will be a lot of work going on behind the scenes to improve the way the show operates in terms the application process for exhibitors, re-enactors/living history and traders, new improved forms and dedicated contact links for each department. We will be opening up for applications in the coming months, so keep an eye out.

Flyers have been designed and we are just waiting on a decision from SOE as to what will be the headline charity for 2017.

We are looking at ways to improve the showground, access, drainage and appearance. Teams will dispatched to tend to these matters throughout the year. There may well be some changes to the arrangement of exhibits around of the show ground.

We hope to see you there. 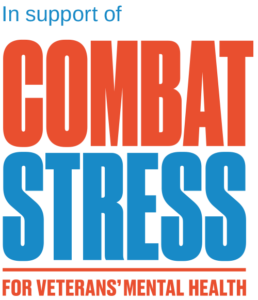 We are looking for sponsors for the 2020 Overlord Show. Please get in contact if you are interested in sponsoring the show.

This site uses cookies. By continuing to browse the site, you are agreeing to our use of cookies.

We may request cookies to be set on your device. We use cookies to let us know when you visit our websites, how you interact with us, to enrich your user experience, and to customize your relationship with our website.

Click on the different category headings to find out more. You can also change some of your preferences. Note that blocking some types of cookies may impact your experience on our websites and the services we are able to offer.

These cookies are strictly necessary to provide you with services available through our website and to use some of its features.

Because these cookies are strictly necessary to deliver the website, you cannot refuse them without impacting how our site functions. You can block or delete them by changing your browser settings and force blocking all cookies on this website.

These cookies collect information that is used either in aggregate form to help us understand how our website is being used or how effective our marketing campaigns are, or to help us customize our website and application for you in order to enhance your experience.

If you do not want that we track your visist to our site you can disable tracking in your browser here:

We also use different external services like Google Webfonts, Google Maps and external Video providers. Since these providers may collect personal data like your IP address we allow you to block them here. Please be aware that this might heavily reduce the functionality and appearance of our site. Changes will take effect once you reload the page.